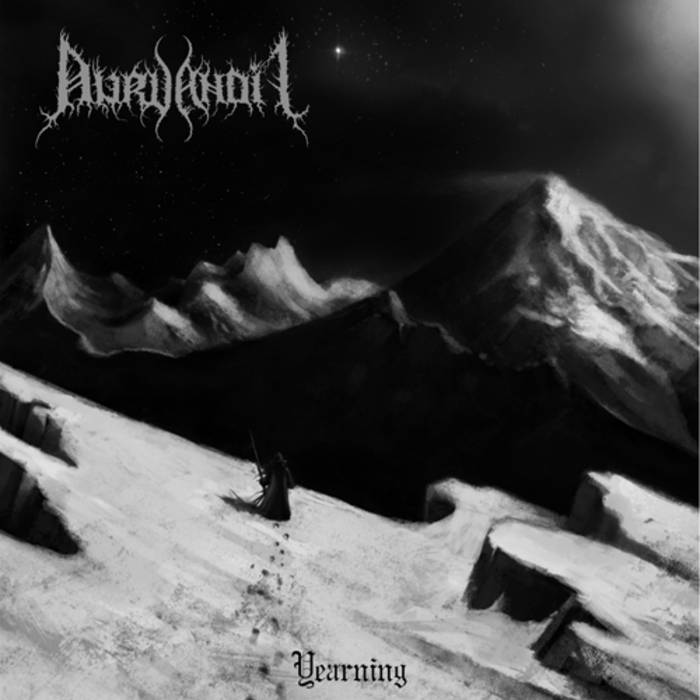 The Number Of The Yeast

voice beneath the well

AURVANDIL was created in MMVI as a spontaneous, scornful, hatred-driven catharsis. Now the yonder beckons, and AURVANDIL yearns. For the eternal night, for solitude, for Gaïa. For total extinction.

"Yearning" stands as a cold, harsh manifest of what once was, an ode to spite and a reflection of somber, melancholic hatred.

Review written by the Wanderer:
"Yearning" is the debut album of this french project, this time supported by Wiedergänger on drums, which leads to perfection of the sound. A further development to the first eisenwald installment „Ferd“ is to be heard clearly, but Aurvandil remained true to himself. Compositions and sound breathe the spirit of the early 90's, primarily mid-tempo played Black Metal, with fast outbreaks and in contrast slow appearing parts as well as calm acustic passages with folk-influences. The rarely used vocals let the music speak for itself and keep the overall epic and dismal atmosphere.

Crafted between MMVI and MMX and recorded in two sessions in June and August MMX. Drums performed and captured in Nordrhein-Westfalen by Wiedergaenger. Strings and voices captured in four nights in Austrasia. Recorded, mixed and mastered by the Austrasian Goat.

Bandcamp Daily  your guide to the world of Bandcamp